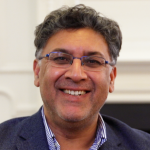 – So, you come to me with a question that you’ve got breast implants, we see them regularly, we see almost about 15, 20 patients every month now who come to us and ask that, “I’ve got a breast implant illness. What now? Should I remove my implants?”

So the first question to establish is if you’ve got BII, i.e., what are the symptoms you have? Lethargy, lack of focus, dryness, unexplained pains, these are all the symptoms which I described of various patients to be present in them. And they almost always associate that from the time the implant was put in their body.

One of the first things that I normally advise everybody and one should do is they should have seen their G.P. who should have done some basic blood test such as full blood count, thyroid hormone test, and such like so that other diseases such as fibromyalgia, hypothyroidism, iron deficiency anemia, which can cause similar symptoms have to be ruled out.

Ideally BII is then a diagnosis by exclusion, i.e, you exclude that there is no other known cause which is causing these symptoms. Second step is, because as I’ve explained earlier that BII is not a recognized disease, we do want to take a detailed consultation, advise the patients implant will be removed, and then advise them what are the consequences of implant being removed. If the implant is removed, they will go through a physical trauma of implant removal, possibly they will want capsules to be removed at the same time as well, which can result in further trauma.

We have to assess that you are psychologically ready to accept that kind of result, because if you’ve lived with an implant, for example 10, 12, 15 years, and a certain shape, how are you going to cope with that shape? So once that detailed discussion has happened, we give you some time to think over it, ideally have another consultation, reach an end point, what decision has been made? It’s a joint decision making process where we will reach a decision together as to, “This is what we’re going to do, “and if we are going to rectify it, “this option we are going to use, i.e, for example, “uplift, fat transfer, etcetera.”

- I perform a procedure called S face-lift. And at some point I had a trademark hold on...

How long is the recovery time after a facelift?

- So once we perform the facelift, generally what happens is that on the operating table...

At what age should you have a facelift?

- The two common questions which are commonly asked by people who are considering face...